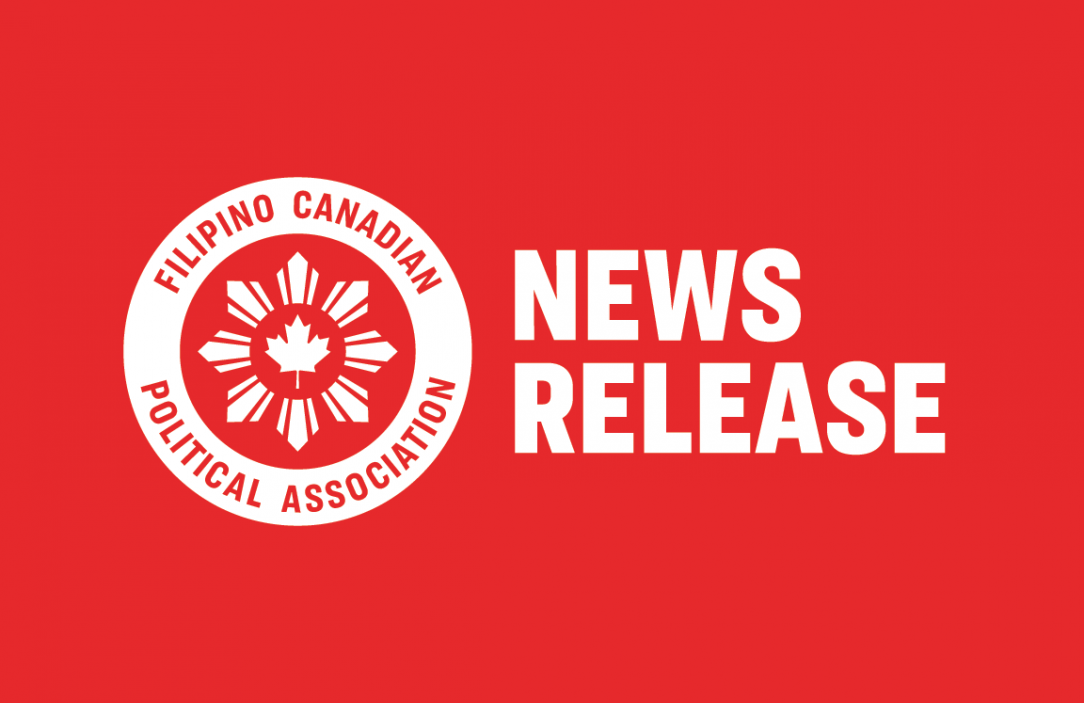 TORONTO – There are almost a million Filipino-Canadians in Canada – and who they vote for will have major ramifications in the next federal election, the Filipino Canadian Political Association pointed out today.

“Filipino-Canadians were a major factor in some of the most competitive contests during the 2019 federal election. For example, in the GTA battleground riding of Richmond Hill, the margin of victory was just 212 votes – a riding with 2,940 Filipino Canadians,” said Grant
Gonzales, a board member of the Filipino Canadian Political Association.

“There are 37 ridings where the Filipino-Canadians population was larger than the 2019 margin of victory. Political parties would be wise to meaningfully engage one of the fastest growing population groups in Canada. And yet, for 17 years and counting, there has not been a single Filipino-Canadian Member of Parliament,” said Gonzales.

“Filipino-Canadians will play a pivotal role in choosing the next federal government, as a significant population group in competitive ridings, especially in British Columbia, Manitoba, and Ontario. It is beyond time that Canadian political parties recognize this and nominate Filipino-Canadian candidates in winnable ridings,” concluded Gonzales.